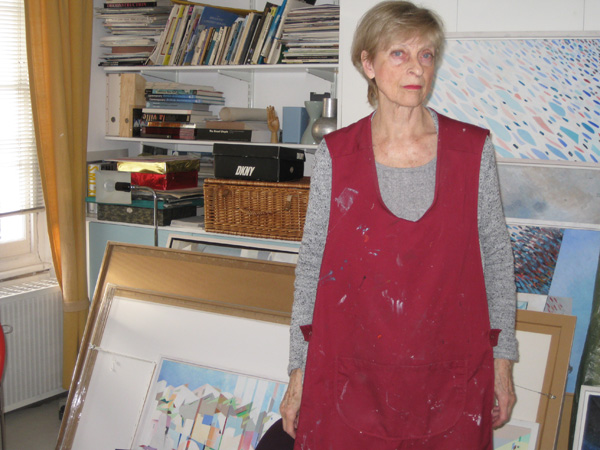 Zoe started her painting career as a founder member of OMA (Office for Metropolitan Architecture) and painted for presentations, exhibitions and publications. Gradually worked more on her own paintings and less on architectural presentations and thus in the 1980s became known as a painter in her own right, exhibiting in Britain, Europe and the US. Her OMA work has been exhibited in many Museums and Galleries including: